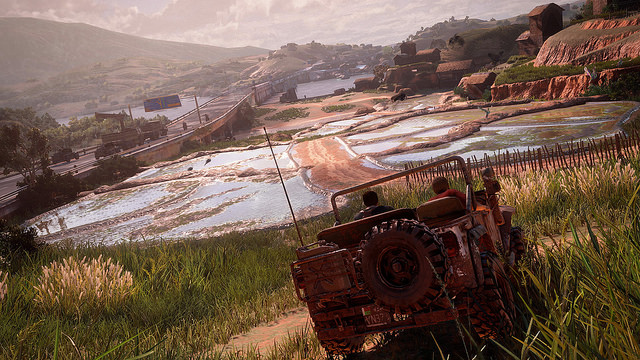 Naughty Dog has given some insight into its decision to move on past the Uncharted series after next year’s Uncharted 4: A Thief’s End, citing the series’ world as a creative restriction for the studio.

Uncharted 4 lead game designer Robert Cogburn explained to Kotaku that, as Uncharted games have come out, Naughty Dog has been having a more difficult time expanding each sequential installment while also working within the confides of the series’ world.

“This will be our fourth Uncharted game,” Cogburn said at this year’s PlayStation Experience. “These games are hard to make. Particularly with a character like Nathan Drake in a world that’s fairly grounded, it’s a challenge to consider how much more we can expand the universe while adhering to those sorts of rules.”

“You struggle with having to answer the same questions over and over again in any franchise,” said Cogburn. “This is gonna be the fourth time we start answering stuff like, ‘How do we make hand-grabs visible? What do we do to scale the combat experience? What are the interesting puzzles we can be introducing in the moment-to-moment as the player’s experiencing this narrative?’ That’s not to say the questions will be the same in games we make going forward, but as a studio we grow tired of answering those same types of questions in the same fiction. It’s gonna be fun for us to really embark on new ideas and start fleshing those out [in a new series].”

Naughty Dog revealed at PlayStation Experience that Uncharted 4 will feature dialogue options at certain points in the story.

For more on the end of Nathan Drake’s story, check out our thoughts on how Uncharted 4 should wrap up loose threads.