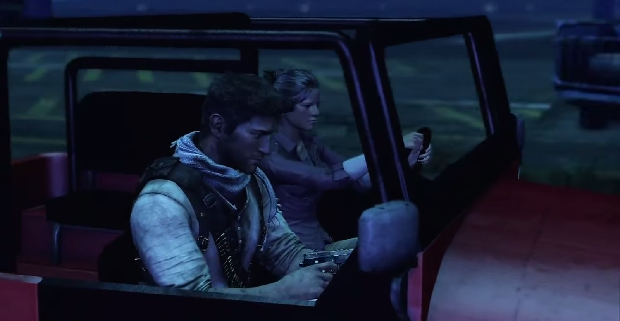 Naughty Dog has announced a new Uncharted spin-off to help tide over fans after the recent delay of Uncharted 4: A Thief’s End.

The PlayStation 4/Vita game will be called Unkarted: Drake’s Ignition. This kart racer will feature Nathan Drake and Victor “Sully” Sullivan racing against rival treasure hunters in order to find various treasures around the world. Some tracks will be based on environments seen in the original Uncharted games, with some giving fans a glimpse into levels that will be in Uncharted 4.

”With games like Crash and Jak, we’ve always ended on a kart racer,” a Naughty Dog representative said in a statement. “Why should Uncharted be any different? Nate deserves his own chance on the race track, and we’re really excited to be giving fans something that will give them their Uncharted fix while we continue our work on A Thief’s End leading up to its release in spring of next year.”

Those who pre-order Unkarted will gain access to guest characters from other PlayStation franchises, including Joel and Ellie from The Last of Us, Sir Galahad from The Order: 1886, and Delsin Rowe from Infamous: Second Son. Alternate costumes for each guest character will be available to those who have The Last of Us: Remastered, The Order, or Second Son installed on their PlayStation 4 console. One month after Drake’s Ignition is released, Joel, Ellie, Galahad, and Delsin will be available as paid DLC.

The PS4 version will support cross save, and cross play with the Vita, but buying the console version will get you the handheld version for no extra charge with cross buy when it’s released on November 31st.

Uncharted 4: A Thief’s End is coming to PlayStation 4 in spring of 2016, and will bring closure to the story of Nathan Drake. At PlayStation Experience, Naughty Dog walked fans through the process of bringing Nate to the PS4.