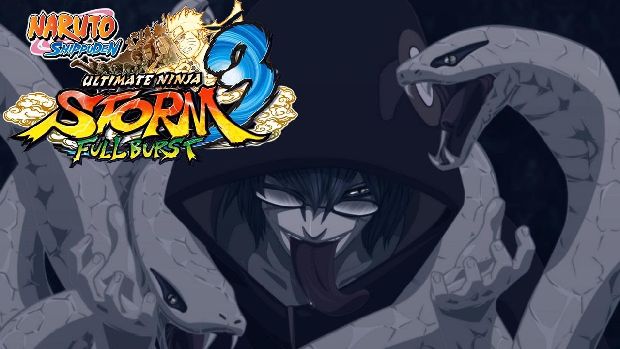 Naruto Shippuden: Ultimate Ninja Storm 3 came out in March 2013, but Namco Bandai Games America has released Naruto Shippuden: Ultimate Ninja Storm 3 Full Burst. Apparently you only got a partial burst the first time, which seems surprising.  The Full Burst edition of the game gives additional content and new features to keep the game interesting, and suck more hours out of the day.

Brand New Chapter: Finally free of Kabuto’s control, Itachi intends to crack the Reanimation forbidden jutsu.  Will an unprecedented Uchiha alliance with Sasuke be enough to handle it?

New Playable Character: Kabuto reaches the almighty Sage mode and is now playable in Free Play Mode.  Unleash his power and defeat the completion both online and offline.

100 New Missions: Embark on a whole new series of missions, many with their own unique and challenging objectives.

People who own Naruto Shippuden: Ultimate Ninja Storm 3 can download the Full Burst upgrade pack for $9.99 through the Xbox Live Markletplace and PlayStation Network. Or, if you don’t already own the game, you can buy the newest version with all of the additional content for approximately $39.99.