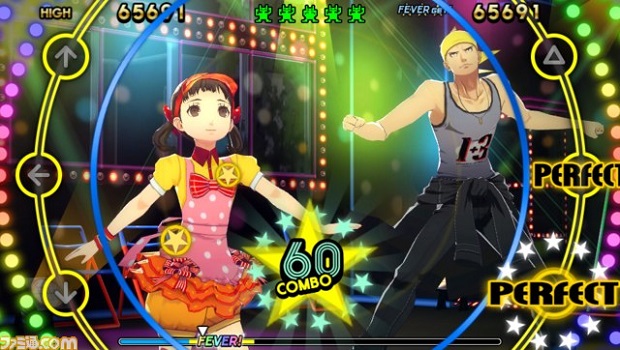 While Atlus has been showcasing much of the Persona 4 party in its Persona 4: Dancing All Night video series, protagonist Yu Narukami’s cousin, Nanako Dojima, is making her first appearance as a playable character in the upcoming rhythm spin-off, and now has a trailer of her own.

Nanako will apparently play a role in Dancing All Night’s story, but won’t take part in the dance battles other characters will.

6/25発売予定【ペルソナ4 ダンシング・オールナイト】堂島菜々子（CV.神田朱未）
Other characters have been getting similar spotlight trailers, with Naoto being the latest to show off her moves in Dancing All Night.

Persona 4: Dancing All Night will come to Vita users in Japan in June, with a North American localization expected later this year.