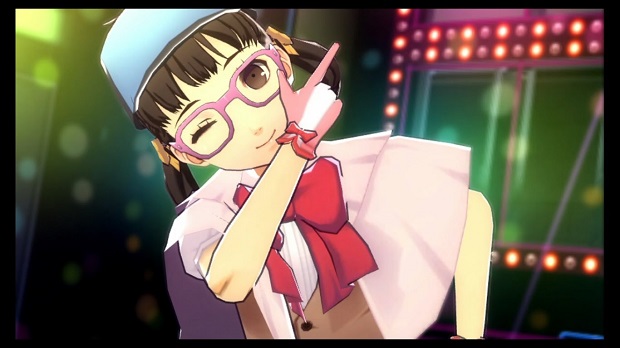 Nanako Dojima is making her first playable appearance in Persona 4: Dancing All Night, and she’s the star of one of Atlus’ two new character spotlight trailers.

Alongside Margaret, who was playable in Persona 4 Arena Ultimax, Nanako is one of the playable characters in Dancing All Night who weren’t part of the original game’s party. Both of them can dance to some of the game’s remixes, as well as join other characters in their own dances.

Persona 4: Dancing All Night is coming to PlayStation Vita on September 29th. The rhythm spin-off will feature playable appearances by all the Persona 4 cast, as well as a guest character in Hatsune Miku.

For more on Dancing All Night, check out our preview from this year’s E3.