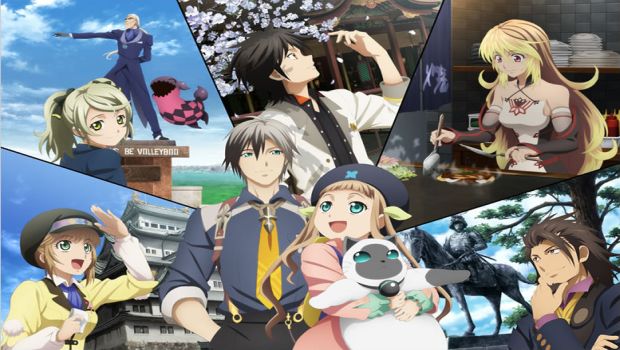 The brain trust behind videogame institutions Tekken and Gundam (Namco Bandai) announced in a press release today plans to bring Tales Of Xillia 2 stateside sometime in 2014. No specific date or quarter was mentioned in the release, but like its predecessor Tales of Xillia, Tales of Xillia 2 will be a PS3 exclusive. Fans of the series will be happy to know that having saved files from both Tales Of Graces and Tales Of Xillia will unlock further exclusive content for the newest addition to the fantasy adventure, although precise details on what those goodies may be are still under wraps.

Like many games these days, Tales Of Xillia 2 is claiming to focus a lot on making various choices which will affect and alter the progression of the narrative and even the Tales Of series gameplay. Incorporating a new real-time “Weapon Swap” system during combat, and something the developers are calling a “Cross Dual Raid Linear Motion Battle System”, players will be able to toggle between weapons quickly during fights and link selectable characters to perform combinations. While not the easiest battle system to say aloud, it does sound like a lot of fun to play and an natural evolution to the Tales Of games award winning combat designs.

Still, the talk of ‘choice’ in video games is far from an innovation, and something that alarms me when I hear it without details. Will this be the involved ten minute pause while I consider my options variety, or the A, B, vanilla or chocolate sort? A lot of games include the idea of multiple story branches as more of a gimmick than a integral piece of the design, and that’s something that can spell the difference between a timeless gaming memory or a forgettable series of hijinks. I guess we’ll know the closer we get to next year.