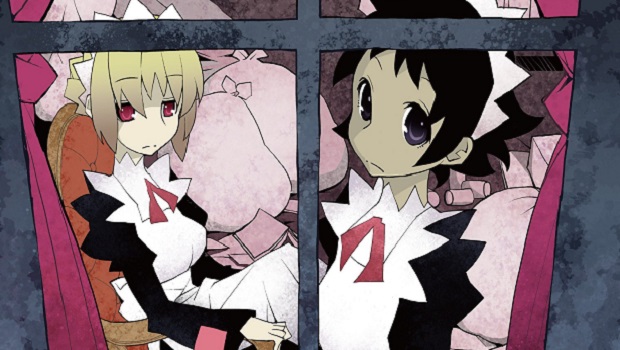 Yesterday, Seven Seas Entertainment announced that it will publish Seiman Douman’s manga The Voynich Hotel in single volumes for North America. The first volume will debut on June 26, 2018 for $12.99.

Staffed by murderous maids and situated on a war-ravaged island, the Voynich Hotel is far from your run-of-the-mill vacation destination–but it’s not such a bad place to lie low for ex-yakuza Kazuki Taizou, who’s on the run from his so-called family. As he settles into his weird new life, this darkly comedic manga winds through plots both nefarious and romantic, delving ever deeper into the island’s witchy–and sometimes demonic–strangeness.