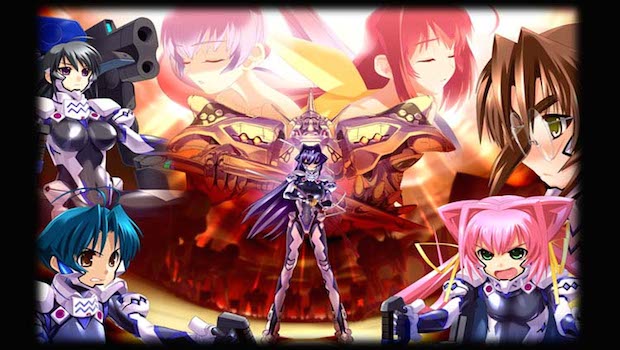 Japanese publisher Age has partnered with Degica to start a Kickstarter for the visual novel series Muv-Luv. The Kickstarter will begin somewhere between late August and early September, with a goal to bring officially translated and localized all-age versions of the trilogy to Western PC and Steam users.

This comes from a series of announcements over the past few days. Degica first announced plans to Kickstart Muv-Luv several days ago, and that they were working with both age and fan translators on the project. Today at Anime Expo 2015, the team held a press-only conference where more details were revealed, including potential Kickstarter rewards. Degica has also been conducting surveys for those interested, including what rewards fans would enjoy and whether there’s interest in an anime adaptation of the series.

Muv-Luv tells the story of Takeru, an average high schooler with an eccentric teacher, a passion for mech-combat arcade games, and a clumsy childhood friend named Sumika. He begins to think he’s falling for Sumika, until one day, he wakes up with a woman in his bed, claiming to be his betrothed.

While the first is a comedic harem story, the sequels Unlimited and Alternative take a left turn into crazy town and turn a comedy into a drama about war, sacrifice and love. In the interest of avoiding spoilers, just rest assured that any game that can transition from standard comedy into the top-rated visual novel of all time on VNDB is certainly worth your time.

An official Twitter account has also been made to relay info prior to the Kickstarter. There seems to be little in the way of specifics as far as a confirmed date for the Kickstarter, what the funding goal is or when to expect a release if funded, but we’ll keep you updated as the start of the campaign approaches.