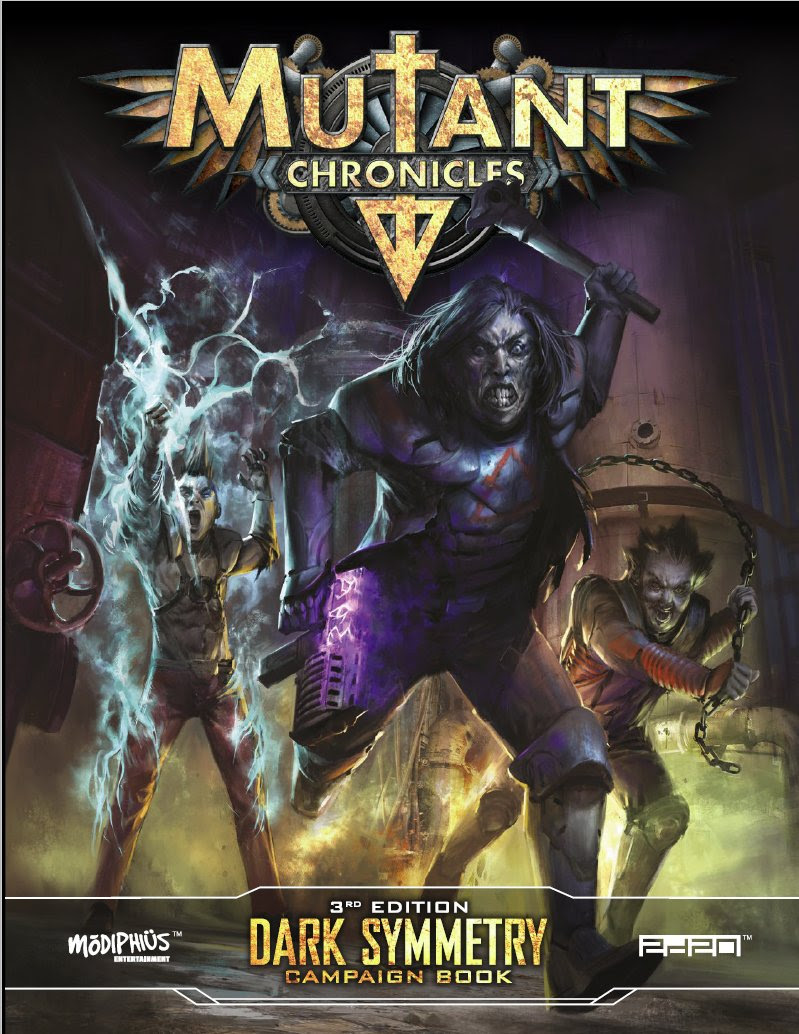 Mutant Chronicles weaves the tale of a dark, mysterious universe where an alien race has placed humanity on the ropes. Today Modiphius announces new support for this diesel-punk RPG with Dark Symmetry, expanding the beginning humanity’s fall to darkness.

An Imperial expedition to Pluto has unleashed a wave of darkness and  despair upon humanity, spreading madness and corruption. As the worlds of mankind begin to fall, a handful of determined investigators stumble across conspiracies that threaten to tear civilization apart.

The Dark Symmetry Campaign book contains two distinct campaigns set in the Dark Symmetry era, exploring the early years of the Mutant Chronicles setting, plus a standalone adventure Straffar Gatan 39, which serves as a prequel to the main campaigns.

Detectives from Luna PD 32nd Precinct Homicide Division are sent to investigate a callout to Straffar Gatan 39. The dark events that take place in Straffar Gatan 39 serve as a prelude to the Fall of Von Hölle adventure, and occur one day after Imperial Conquistadors on Pluto discovered a strange tablet in ancient ruins.

The Fall of von Hölle

In the days following the emergence of the Dark Symmetry, a missing heiress, an emergency call, and the agenda of a madman all lead to an unsettling discovery and a vile conspiracy.

At the height of the First Dark Legion War, a series of seemingly innocuous events in LunaCity reveal a dark scheme that spreads across human civilisation.

Inside this massive 192 page adventure, players will also encounter extensive background and source material and insights into the early days of the Mutant Chronicles universe. Dark Symmetry also features:

Six characters designed to work with the premise of the adventures.

A selection of items used by the Cartel’s elite warriors, who were founded in the height of the First Dark Legion war.

The Dark Symmetry campaign unleashes the truth about the genesis of the Mutant Chronicles universe and the arrival of the Dark Legion threat!

Modiphius Entertainment will continue to host news, announcements, and updates on their site. Watch for more on the third edition of Mutant Chronicles!