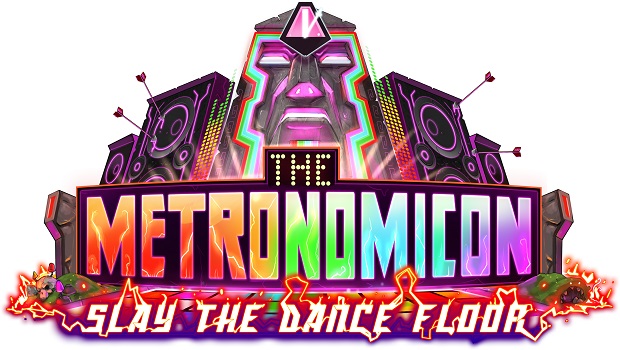 Akupara Games and Puuba announced that The Metronomicon will be released for the PlayStation 4 and Xbox One later this year. The rhythm-RPG mashup is currently available on PC via Steam.

The Metronomicon puts players in control of a colorful group of characters as they fight back against mysterious dance parties that are invading the world of Koras, which are summoning dangerous party monsters wherever they appear. Using the Metronomicon, a musical magical tome, they fight against rhythmic evil across hours of music and more than 35 songs from artists like DJ Cutman, Mega Ran, and Jimmy Urine (from Mindless Self Indulgence). Players will have to use their sense of rhythm as well as a plethora of attacks in order to prevail.

The console ports of The Metronomicon will include multiplayer game modes, a new playable character, as well as new content. The PC version of the game will have an update ready the same day of the console releases, which will add this content to the base game.

The Metronomicon is available now on PC, with console ports on the PlayStation 4 and Xbox One coming later this year. In the meantime, check out our preview of the game as well as our review, where we called it “a must have for any gamer.”