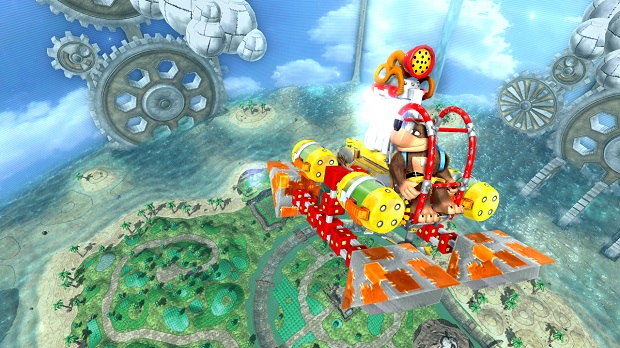 While Rare has said nothing about releasing a proper new Banjo-Kazooie game, audience members of the recent South by Southwest Gaming Awards show were treated to a tech demo by Audience Entertainment.

Eurogamer reports that the Rare-approved project had attendees waving their arms back and forth to guide Banjo and Kazooie as they flew through the air and collected puzzle pieces and music notes. Rare states that the tech demo was “exclusively” made for the award show, and isn’t indicative of anything the studio is developing.

Recently, Microsoft hinted that dormant Rare franchises may be revived soon, with the company apparently having had plans to reboot the Conker series in 2015 at one point. Similar plans for Banjo-Kazooie and Perfect Dark were also considered, but whether they will ever come to be is unclear at this point.

Rare has been known for its work on Kinect-based titles for many years, but Xbox head Phil Spencer has said he’d like the studio to do work more akin to the games it released in the Nintendo 64 era.