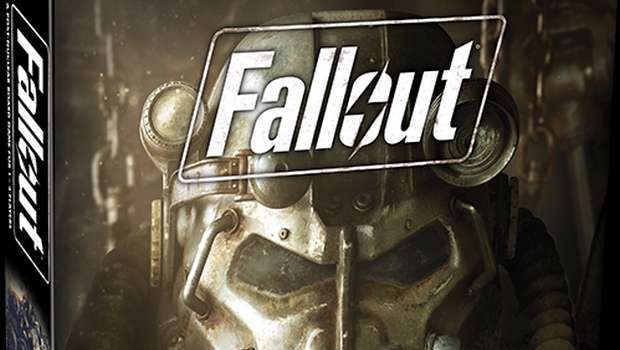 Few details were available after the teaser was posted about Fallout: The Board Game.  Since then, Fantasy Flight Games has updated their website with more details than what was first reported.

Fantasy Flight Games is proud to announce Fallout, a post-nuclear adventure board game based on Bethesda’s blockbuster video game series. In Fallout, one to four players take on a role within an irradiated landscape inspired by those in Fallout 3, Fallout 4, and their downloadable content expansions. With just a few locations pinpointed on their map, the players choose whether to work together or individually to explore these mysterious regions that lay before them. Along the way, each player will face a wealth of choices, deciding whether to pursue experience or Caps, collect loot or loyal companions, and progress the main questline or veer off to the vaults. As the players move around the board, building their skills and filling their inventory, the area’s warring factions will gain power, forcing the players to pledge loyalty or defy conformity, all in pursuit of gaining the most influence of anyone else in the wasteland.

Alright, then. Show us what you’ve got.

Yes, the S.P.E.C.I.A.L. system is a core part of the game, and the unique art style permeates throughout.  Get ready to exit the vault late this year.