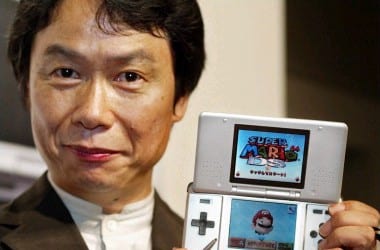 If there is one developer that will forever be associated with Nintendo, it is Shigeru Miyamoto.  He created both Super Mario Bros. and The Legend of Zelda.  There is no doubt that he is getting older, but is he retiring?  The answer according to Forbes is…well, kinda.

Shigeru Miyamoto, creator of Super Mario Bros. and The Legend of Zelda announced through an interview with Wired that he will be stepping down from the company as head of game development to “focus on smaller projects.” Yes, he’s still working within the company, but won’t be overseeing major titles like Skyward Sword anymore.

Even if he finished his development years with Skyward Sword, he would finish on a high note.  It’s hard to know at this point what is in store with Miyamoto, but even his smaller role will probably have several hits for Nintendo.