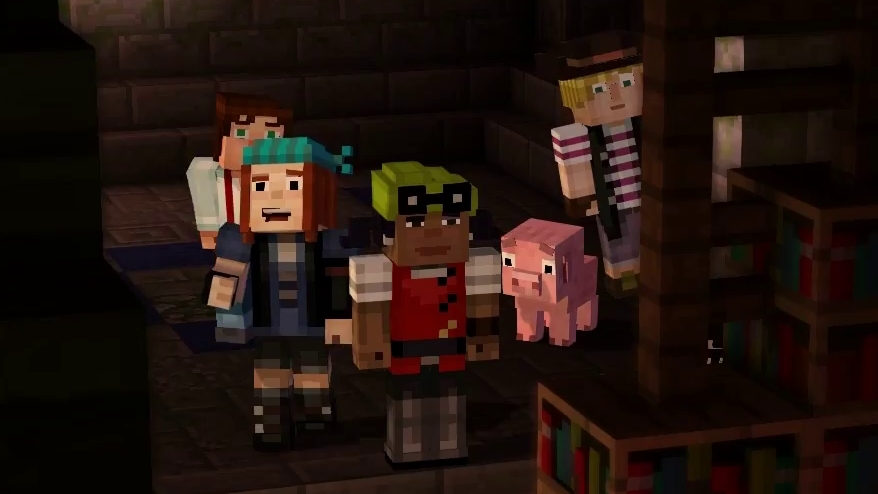 Based on Minecraft: Story Mode’s latest trailer, it looks like Telltale’s episodic series will take place after Minecraft proper.

The story trailer for episode 1, “The Order of the Stone,” references Minecraft’s boss fight with the Ender Dragon, and says that the four heroes who defeated the beast became part of legend in the series’ world. But Story Mode won’t be focusing on building and survival, it will follow protagonist Jesse and a group of characters voiced by actors like Ashley Johnson, Dave Fennoy, and Paul Reubens.