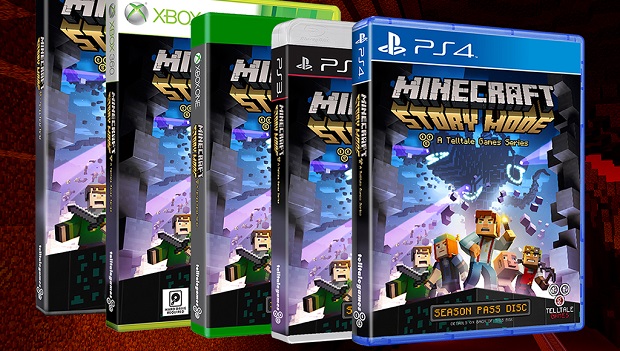 Telltale’s Minecraft adventure game Minecraft: Story Mode will come to both retail and digital stores, but it won’t be available on store shelves the same day.

Episode 1, “The Order of the Stone,” will be available digitally on PC, PlayStation 4, PlayStation 3, Xbox One, and Xbox 360 on October 13th. The iOS and Android version of the game will come out two days later on October 15th, while the Wii U and PlayStation Vita version will launch on a separate, unknown date.

Telltale confirmed that a retail version of Minecraft: Story Mode will be available on PC, PlayStation 4, PlayStation 3, Xbox One, and Xbox 360 on October 27th through a post on its Twitter account. The disc version of the game will contain only the first episode of the series and a code for the season pass to download new episodes as they roll out.

Minecraft: Story Mode will follow the story of a new player character named Jesse, which the player will be able to customize to a degree. Alongside Story Mode, Telltale is currently wrapping up both Tales from the Borderlands and Game of Thrones as both series head into their finales.