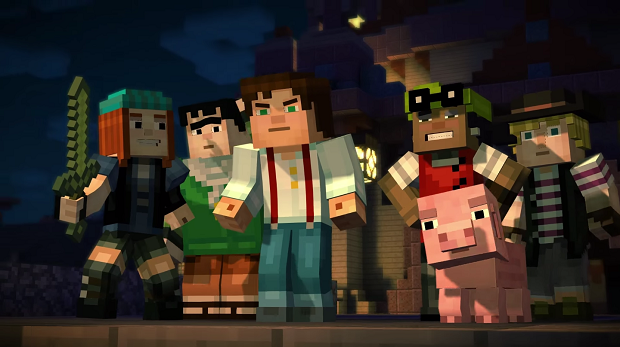 TellTale released the first trailer for Minecraft: Story Mode at Minecon this weekend, and it reveals that the game will feature a star-studded cast.

The game’s protagonist named Jesse will be voiced by comedian Patton Oswald, while an assortment of talented actors will voice other characters in the cast, including Brian Posehn, Ashley Johnson, Scott Porter, Martha Plimpton, Dave Fennoy, Corey Feldman, Billy West, and Paul Reubens.

Minecraft: Story Mode will be available on PC/Mac, PlayStation 4, PlayStation 3, Xbox One, Xbox 360,and iOS and Android devices. This is the latest of TellTale’s episodic games, with Tales from the Borderlands and Game of Thrones currently in rotation.