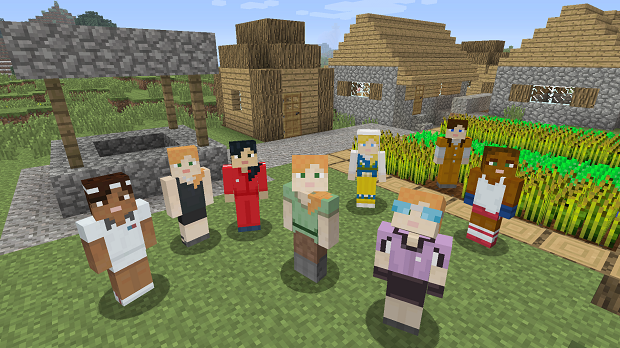 Minecraft is getting new content and achievements on both PlayStation and Xbox platforms this week.

PlayStation players will be getting a new Simpsons skin pack that includes characters skins of Principal Seymour Skinner, Groundskeeper Willie, and Dewey Largo. Conversely, Xbox 360 users will be getting new achievements in the next update, giving the last-gen version the same amount as the Xbox One version of Minecraft. The update will bring 30 new achievements in total.

Along with new platform-specific content, Mojang has announced that it will be adding a new default player skin to Minecraft in the form of Alex. Alex will act as the female counterpart to the male default character Steve, and will be free to all players on Wednesday, April 29th.