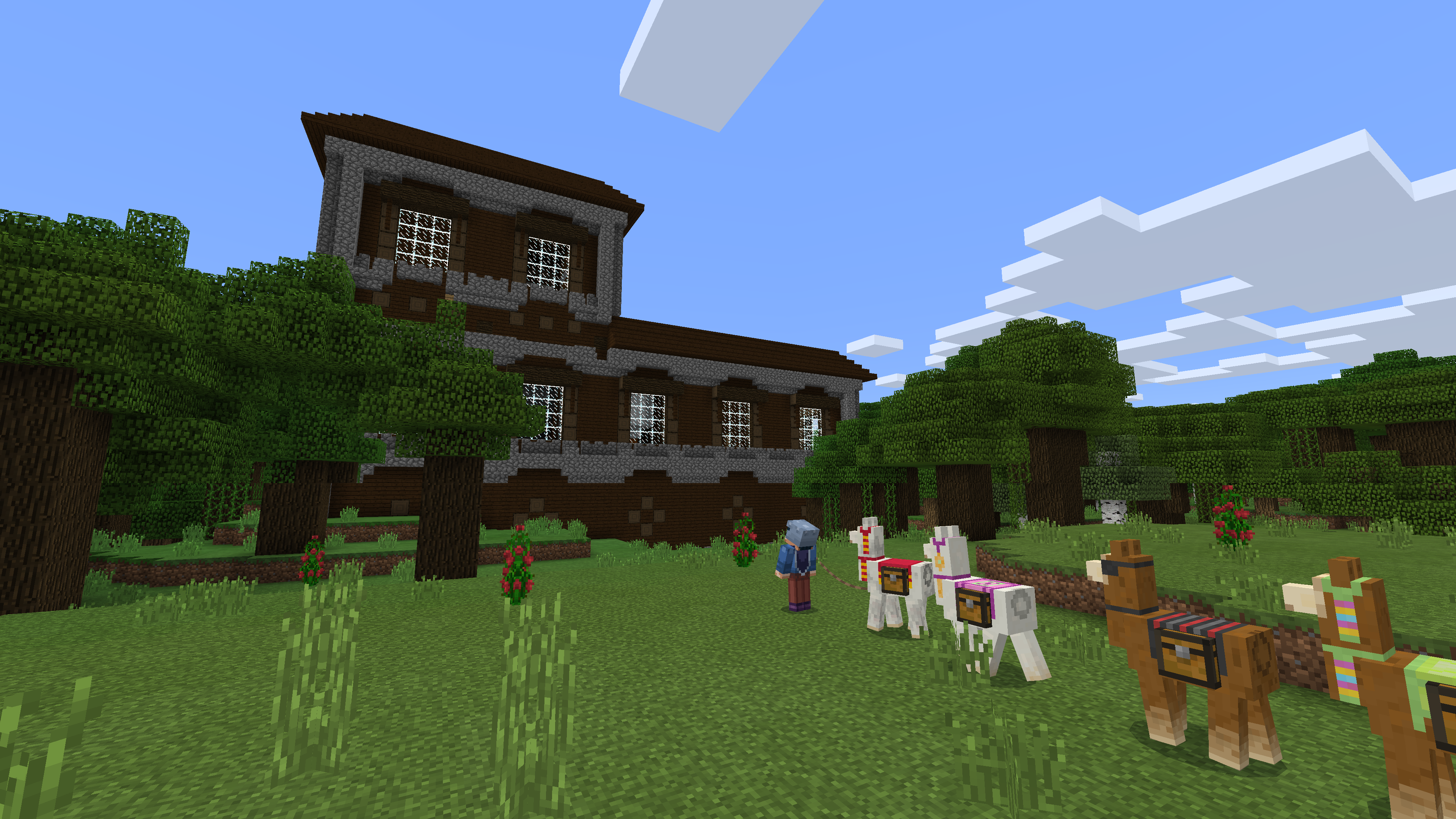 The Discovery update, which adds the anticipated Marketplace has been released on Minecraft on Windows 10 and Pocket edition.

The content available on the Marketplace today are developed by “pioneer partners” and include several adventure maps such as Noxcrew’s Adventurer’s Dream, a world full of ancient dungeons, secrets and treasures as you journey to summon a dragon, Blockwork’s Automation Dreams, a cyberpunk world where you arm yourself and take on Automation Dreamer’s army, QweertyuiopThePie’s Space Battle Simulator, a multiplayer map where you and a few friends fight each other in a space battle, and many more.

The Discovery update also adds adventuring in woodland mansions, new shulker boxes, llamas (you can even make a llama train!), dyeable beds and the return of Adventure Mode. For more information, Mojang have released a trailer for the update.