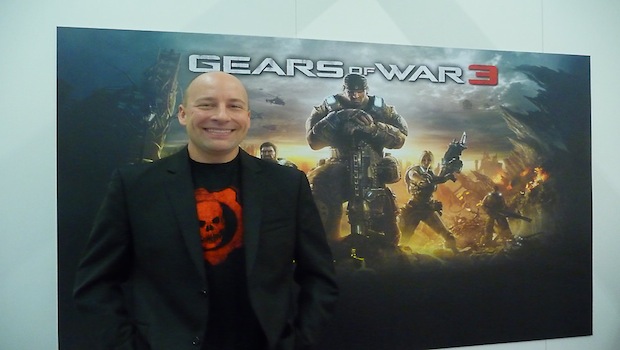 Dr. Mike Capps, Ph.D., the auspicious, driving force behind Epic Games in his role as president, announced today via Facebook that he had permanently departed his post, and would no longer have any affiliation with the company effective since February 11th of this year.

Based on earlier reports (as well as statements made by Capps himself), the gaming community – and his closest colleagues – had been under the impression that he would stay on in an advisory capacity starting last December, perhaps transitioning into a role as the kooky “semi-retired guy” who still came in for parties and playtests. However, due to circumstances apparently beyond his control, his public, yet very personal announcement on Facebook today made clear the fact that he would no longer have any part in the day-to-day operations of the Cary, North Carolina-based development juggernaut.

“I have many wonderful memories of my time at Epic, and I wish my friends there all the best in their future projects,” Capps said in the Facebook post. “So what’s next for me? Games have been so good to me, and I’m delighted to have the time to give back. I’m a member of several game industry boards, and I’m proud to serve as an advocate for our art in Washington.”

The drastic career move stems from Capps’ wanting to focus more on being a good dad, but for the guy whose company created the Unreal Engine, along with the massively popular Gears of War franchise, one hopes that he will remain attached to the games industry in a meaningful capacity; indeed, Capps has given no indication to the contrary, and it sounds as though he will be building off his time at Epic to bring great ideas in an advisory role to other prominent companies who may be seeking to bring him aboard.

With the release of next generation’s consoles already right around the proverbial corner, one wonders whether the loss of Capps will cripple Epic, and subsequently reduce its once-staggering presence on the console scene. Only time will tell, although one thing seems certain: the man is going to leave some pretty Epic shoes to fill.