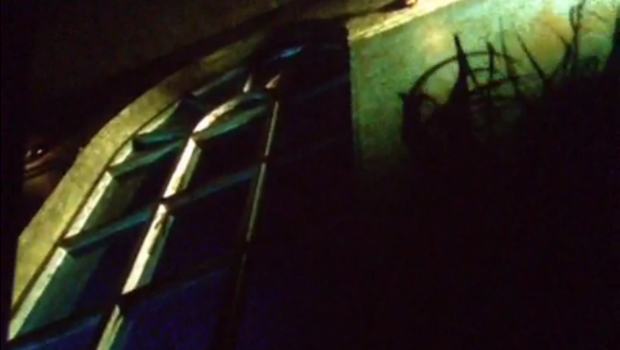 Bethesda, the makers of the Fallout and Elder Scrolls franchises have teamed with famed Resident Evil developer Shinji Mikami on a upcoming project codenamed “Project Zwei.”  Very vague clues and few details have been released, but the beans will be spilled on IGN’s website on April 19, at 5 a.m. Pacific, as reported by Gamesbeat.

So what do we know?  In 2012, Mikami’s Tango Gameworks was acquired by Bethesda.  At that time, it was annouced that a survival horror game codenamed “Zwei” would be released in 2013.  Since then, only a series of short clips released on the iOS app “Vine” have been given to the speculative public.

Clue number 1 shows some spinning records and barbed wire. Clue 2 shows some rather combustible sunflowers. Number three has a rather ominous window with some figures in the dark.  What could they mean?  A new, scarier Fallout?  A Wolfenstein set in flowery meadows?  Some new terror altogether?

“I’ve found my focus and once again I’m striving for pure survival horror.”, Mikami said, and given the success of the Resident Evil franchise, as well as the highly acclaimed work done by Bethesda, the potential for a great game is high with this upcoming title.

We’ll stay informed on any new information from Bethesda on “Project Zwei.”