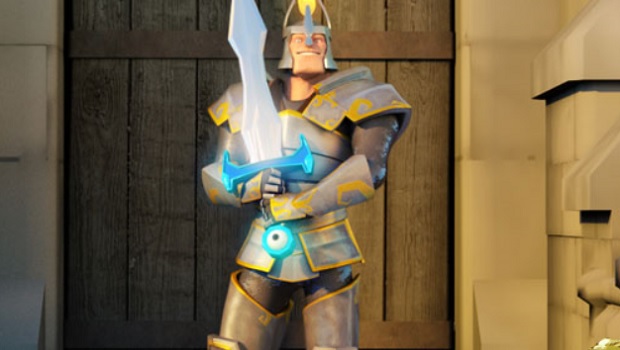 With a title that includes both “mighty” and “epic”, The Mighty Quest for Epic Loot has a lot to live up to. Ubisoft’s new free-to-play game is currently in closed beta, and is set to be released to the public later this year. In our look at the beta earlier this month, Atlas noticed some interface and balance issues but enjoyed the game’s sense of humor and had faith that the aforementioned problems would be fixed before release. To give gamers a look into the humor and lore of the game, Ubisoft has released a new story trailer showing the relationship between the three playable characters:

In this video, players have a snapshot of each character’s personality, and are guided into the magical world of Opulencia, filled with strange creatures and crazy traps. The braggart, Sir Painhammer, challenges his old rival the Archer, a.k.a Blackeye Bowgart, while the Mage, a.k.a The Earl of Evilosity, is more than pleased to show them what true magic is.

You can sign up for the closed beta at the official Mighty Quest for Epic Loot website here, and while you’re waiting for your key you can watch the trailer below.