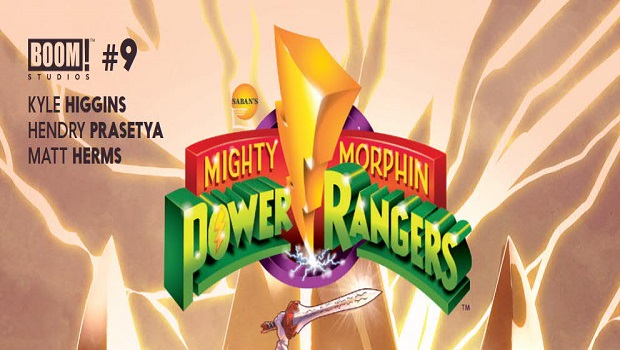 BOOM! Studios and Saban Brands have teamed up to introduce a new ranger in BOOM!’s Mighty Morphin’ Power Rangers #9, out today. This marks the first time since the franchise’s 23-year history that a new power ranger has been introduced in the main canon.
While not much is known about the character, their presence is one of the main conflicts within the ongoing Mighty Morphin’ Power Rangers comic series. Below is a concept art illustration, with an all-new costume developed by series writer Kyle Higgins (Nightwing, Hadrian’s Wall), cover artist Jamal Campbell, Saban Brands, and BOOM! Studios.

While the identity of this new ranger will not be announced in this issue, it is slated to be revealed in January’s #11, following a solo issue in December based around Bill Cranston, the Blue Ranger.
Mighty Morphin’ Power Rangers #9 is out in comic stores today.