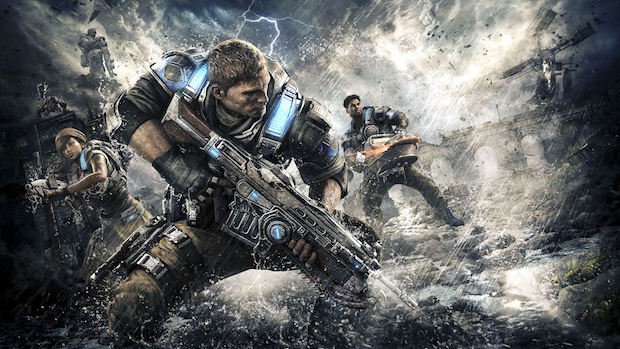 One of Microsoft’s largest franchises, Gears of War, received its latest gameplay showing during the publisher’s annual E3 conference.

The gameplay shows off some of the same Gears action fans have fallen in love with over the years. About mid ways through, folks are exposed to a new weapon, one that shoots out disks that ricochet off walls and alive through enemies.

For the reveal that everyone will be remembering, you get a shot of franchise star Marcus Fenix to conclude the gameplay session. Gears 4 stars Marcus’ son, JD Fenix, so a Marucs appearance has long been rumored.