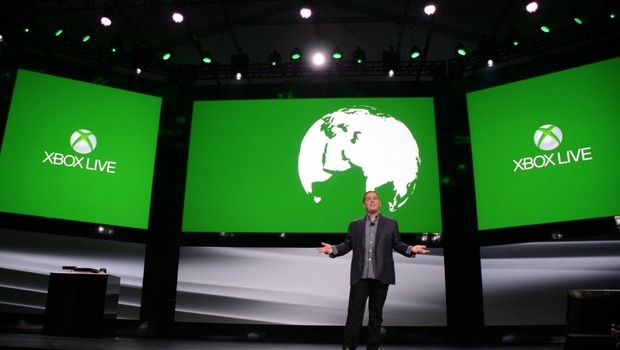 If there is anyone concerned with reputation right now, it’s the marketing division of Microsoft’s upcoming Xbox One. This time though, it’s not for their own, but instead for gamers on Xbox Live. The Xbox Newswire just released a couple of videos with Q&A’s from people in the know on what they’re offering to Gold Live members. As well, Larry Hyrb (Microsoft’s Major Nelson) shows off a bit of the upcoming Live Friends app in a separate video – both are available below.

In the video below, MS cover the impacts of reputation and how it keeps similar people together, and blocking annoying players will impact reputation and SmartMatch. There is a bit a cloud talk as well – connecting how the server farms will improve gaming: Titanfall is using cloud to push some computing for AI, NPC, and larger hosted MP matches. Another benefit is avoiding player-hosted matches so there is no homefield advantage and a reduced risk in cheating.

A closer look at multiplayer for the new Xbox One

Interestingly, they mentioned savegames and how it just saves them to the cloud – something I find cumbersome in the 360 model where you need to select your save location every time you start a game. This is all fine and good, but I am concerned with synching and savegame corruption : are we going to have access to earlier saves in case it’s damaged in transition?

There is a decoupling of Achievements from the games themselves – basically it sounds like the you’re not stuck with what got pressed onto a disk. One of the highlights in that is community-based achievements, the example cited was where a developer could post a timed achievement where the community needed to travel a million miles in-game, and if it happened the entire community could see a benefit. From a social connection perspective, this cold be pretty powerful as developers have a closer connection to the gamer, even though the game could be month or even years old. I recall a funny list of achievements in the first Crackdown game – having weekly challenges added to it could be a way to give older games a reason to stay in your playlist.

Larry explains the difference with the new friends model:

So what’s the difference between a friend and a follower? They are all considered your friends on Xbox One, but the levels of privacy between the two are different. You can follow anyone you want and it’s completely up to them if they follow you back. You can also decide what information your followers can see about you.

When you and another gamer mutually follow each other, it creates a more interactive relationship that unlocks the ability for you both to see information like when each other are online, what achievements you earn in real time and what you’re up to on Xbox One.

Friends App on Xbox One Walkthrough

There is also a feed option that keeps track of what your friends are up to. It will be interesting to see how this app integrates with the rest of the UI.