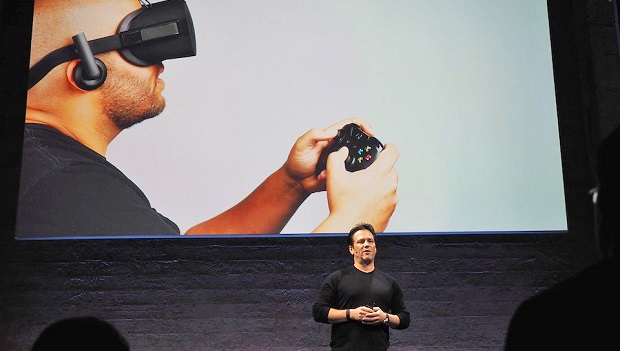 Oculus and Microsoft have announced a partnership that will allow the Oculus Rift to interact with the Xbox One.

News of this came from Oculus’ pre-E3 presentation, where Head of Xbox Phil Spencer made an appearance to announce that Oculus will come bundled with an Xbox One controller and adapter. Along with the bundling of the controller, Spencer revealed that the Xbox One will be able to stream games to the Rift headset, with games like Halo, Sunset Overdrive, and the Forza series being specifically pointed to as compatible.

Rumors that Microsoft was planning to enter the VR market have been circulating for months, with reports that the company would be revealing something at E3 surfacing back in December.