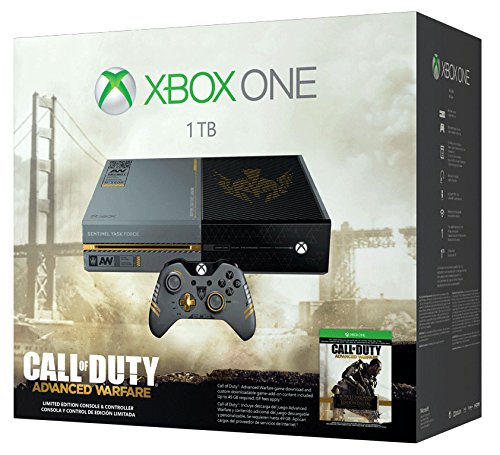 During its Gamescom press conference today, Microsoft unveiled a new Xbox One bundle that includes Call of Duty: Advanced Warfare.

The bundle will include a specially designed Xbox One console and controller, as well as a 1 TB hard drive instead of the standard 500 GB included in other Xbox One. The bundle will launch on Advanced Warfare’s release date on November 4th.

The console is already available for pre-order on Amazon if it sounds appealing to you.

Recently, we got an extended look at Advanced Warfare’s multiplayer mode.

For more on Call of Duty: Advanced Warfare, check out our impressions from the game’s showing at E3.