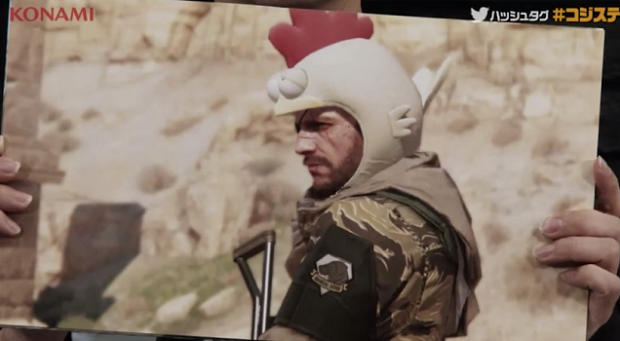 Hideo Kojima has revealed the latest in many absurd features in Metal Gear Solid V: The Phantom Pain.

During a 3-hour long stream called Kojima Station, the series’ creator revealed that Snake will be able to wear a chicken hat in the upcoming stealth game that will make him less noticable to enemies. The option to wear the hat will be available after a player dies or is caught multiple times in order to make the game a bit easier for them.

Metal Gear Solid V: The Phantom Pain is coming out in 2015, but the game’s prologue, Ground Zeroes, came out earlier this year. For more on that, check out the Gaming Trend review.