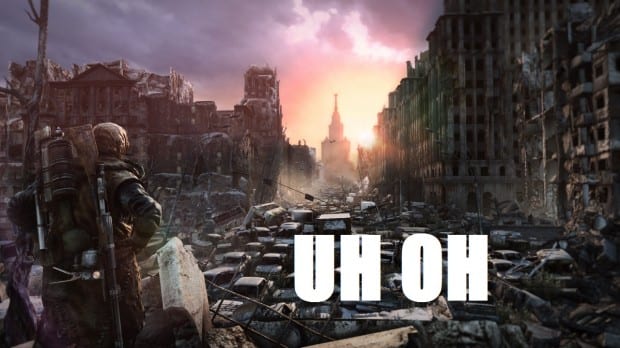 Add this to the ever increasing list of “things that are not going well for THQ.” GameSpot just reported that GameStop’s digital storefront, Impulse, has just pulled Metro: Last Light from its stores. The game no longer has a store page, meaning customers are no longer able to preorder a copy of 4A Games’ anticipated sequel to Metro 2033. The reasons for this seem pretty obvious according to GameStop’s Vice President, Matt Hodges:

“Essentially, due to THQ’s current financial situation and uncertainty of delivery, in order to protect our consumers we removed the ability to pre-purchase that specific game,” Hodges said.

Apparently this only applies to the digital release of the game through Impulse, and not the physical release through GameStop’s brick and mortar stores, as the game is still available for preorder on GameStop’s own website. Customers looking for a refund can contact GameStop’s customer service line, though it still appears that current preorders still show up on the customer’s current orders page, so it remains to be seen exactly what’s ultimately going to happen to Metro: Last Light.