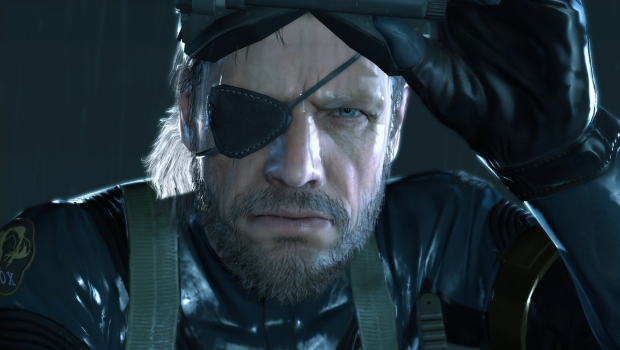 METAL GEAR SOLID V: GROUND ZEROES features new advances made possible by Kojima Productions’ FOX Engine, such as radical new game design, day and night cycles, and weather conditions that will all dynamically affect gameplay. The missions are designed to ease players into the new control and gameplay advances that will be an integral part of METAL GEAR SOLID V: THE PHANTOM PAIN.

The METAL GEAR SOLID V: GROUND ZEROES storyline follows the series’ hero, Big Boss, as he infiltrates a remote Cuban prison camp on a rescue mission, all while trying to remain undetected. Explosive plot lines develop quickly as he finds himself on behind enemy lines with little options for help.

No release schedule yet for The Phantom Pain, but here’s a bit from Kojima himself on his new FOX Engine – he’s quite proud:

METAL GEAR SOLID V: THE PHANTOM PAIN will pick up where METAL GEAR SOLID V: GROUND ZEROES leaves off and will plunge players into a new breed of open-world stealth action, featuring deep story arcs and dynamic gameplay as expected of a canon chapter in the METAL GEAR SOLID series. Both titles will be released for PlayStation®3, PlayStation®4, the Xbox 360 games and entertainment system and Xbox One, the all-in-one games and entertainment system from Microsoft, highlighting the groundbreaking capabilities the FOX Engine brings to current and next generation consoles.

Metal Gear Solid V: Ground Zeroes will hit in Spring of 2014 for PlayStation 3, Xbox 360, PlayStation 4, and Xbox One for an MSRP of $29.99 for boxed product, or download for $19.99.  Next gen platforms will be able to be downloaded for $29.99.  Check out the new screenshots.  It’s crazy that this is done in-engine.  Welcome to the next generation!