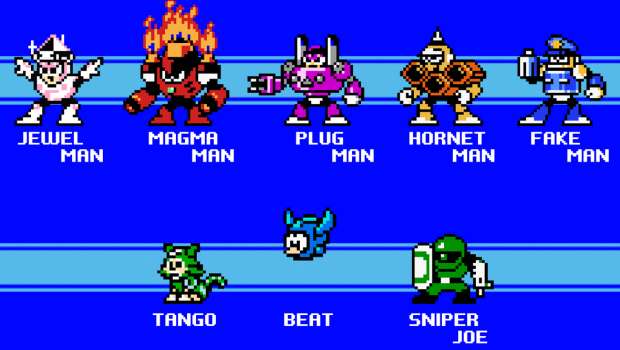 The Pixel Tactics series has always been a great strategy series that pays homage to the 8-bit consoles.  Now a 8-bit character is going to star in that series, Mega Man.  The Kickstarter for Mega Man Pixel Tactics has been so successful that a couple of new characters have been unlocked.

Each time we unlock a new character, we include TWO free coppies of that character in your pledge, so long as it was eligible for Stretch Goals. That means you and another player can both use the characters in their decks when battling in the game!

We still need your help to achieve all of our goals and unlock the final big surprise for the campaign! Join us by liking us on Facebook:
www.facebook.com/MegaManPixelTactics

And of-course, by sharing and telling your friends and family to back us on Kickstarter:

We still have 13 days left in the campaign and we can’t wait to send you all the goodies we have in store through unlocks!

It contains over fifty characters from the first six Mega Man games, so it will bring up a lot of nostalgia for fans of the NES era games.  It’s a great deal to get both sets, so head over to their Kickstarter page and take a look.