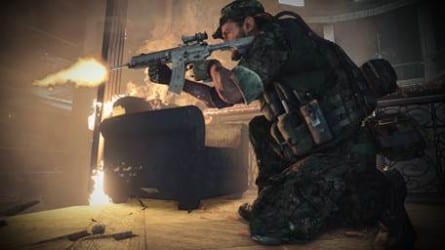 A new gameplay trailer has been released for Medal of Honor: Warfighter, the next entry in the Medal of Honor FPS series from EA. Chronologically, the game’s events will take pace after those of 2010’s Medal of Honor, and many of the same characters will be featured. However, Warfighter will stray from previous games in the franchise by not focusing on a single historical military conflict. Instead, players will be fighting a global threat known as PETN in a variety of locations including Somalia, Yemen, and the Phillipines. The game will run on Frostbite 2, the same engine powering the immensely popular Battlefield 3. Watch the trailer after the jump for a look at what you’re in for.

Much of the game centers around twelve global Tier 1 Operators, including groups from a variety of countries like the US Navy Seals, the British SAS, the German KSK, and the Russian Spetznas. The developers have spent time consulting with members of these groups to provide a more authentic experience. Medal of Honor: Warfighter is available for preorder now, and is expected to hit stores on October 23, 2012.