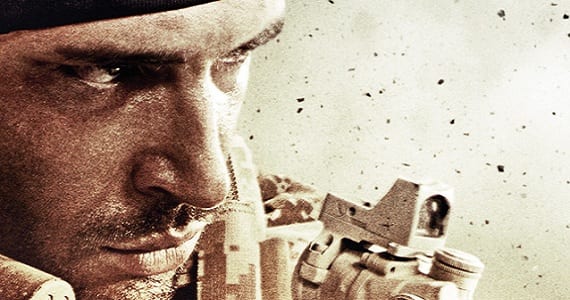 If you missed it, you can check out the demo trailer that shows off what I got to play at E3, but to understand how well the new Fireteam system works you really need to play Medal of Honor Warfighter.   Well, you’ll have exactly that chance in early October.   EA and Danger Close Games have announced that the Medal of Honor Warfighter multiplayer Beta will hitting in just a few weeks in advance of the release.   If you are into Linkin Park you can unlock their latest music video “Castle of Glass” by simply downloading and playing the game.

Fans who join the battle can help unlock the new Linkin Park “CASTLE OF GLASS” music video. EA will release the video five days after the beta launches but gamers can unlock it earlier by downloading the beta and hitting the three million download mark. Debuting this October, the concept for Linkin Park’s “CASTLE OF GLASS” music video is the result of direct collaboration between members of Linkin Park and Danger Close Games. Produced by Mothership with visual effects and animation by Digital Domain for Danger Close, the video will feature a unique mix of live action footage edited with gameplay recordings taken from Medal of Honor Warfighter. Gamers that download the beta will also be awarded with 60 minutes of Double XP when the full game launches.

Medal of Honor will release on October 23rd on Xbox 360, PS3, and PC.   Let the fight between the holiday shooters begin!