The Free-to-Play genre is heating up.   Star Wars The Old Republic, Guild Wars 2, Tribes: Ascend, and more have all taken that route and it’s time to add one more highly-anticipated title to that list – MechWarrior Online.   In closed beta currently, the title features (or so I’m told….I need a key!) some of the best representation of what we expect a Mech to be like, with throttle, torso twist, sighting, and weapon placement all being represented in a similar fashion to the pen and paper precursor.  Similar to the way Tribes has operated successfully, Piranha Games and Infinite Game Publishing want to draw you into the game with the free content, but allow you to pick up new mechs faster (you can unlock them through XP), or pick up cosmetic upgrades courtesy of real-money transactions.  If you sign up now, you can join the “Founder’s Club” to reserve your pilot name, as well as pick up 4 exclusive mechs!  Today…we have the Hunchback.

Pardon my geek here, but the Hunchback is a 50-ton urban-pacification mech in a Komiyaba Type VIII chassis with 18 common variants, enabling it to handle close quarters of city combat with ease.  The Komiyaba chassis doesn’t handle long-range weapons well, so this will be a mech for a head-to-head fight.  The mixed blessing/drawback being the large Tomodzuru Autocannon 20.   While incredibly powerful, and absolutely devastating up close, the AC20 also blocks the pilot’s peripheral view to his right side.    This can be mitigated with the common HBK-4J variant, which removes the AC20 and replaces it with a pair of LRM-10s.  Still not very effective at long range, this does enable a bit of a harasser role.  Ok…I’ll shut up now.

While we all wait for the doors to open for the masses, check out the trio of Hunchback screenshots below, as well as an awesome video that showcases this 50-Ton mech’s incredible power. 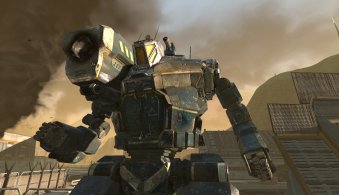 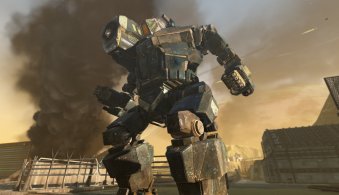 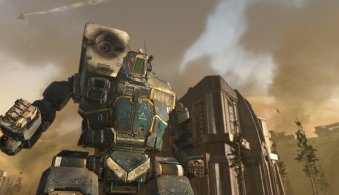