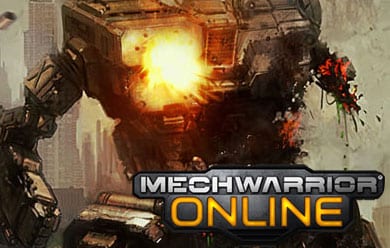 MechWarrior Online is heading closer to the bay doors on the dropship – today they are announcing that they’ll be opening the currently-closed Beta to the public, kicking off the official Open Beta on October 16th.   Check it out:

“We would like to extend our deepest gratitude to all of the fans over the course of our closed beta period,” said Russ Bullock, president of Piranha Games. “The amazing fans and the high quality feedback given to our team have helped us craft MechWarrior Online into a true MechWarrior gameplay experience. We’re more than excited to open up the game and look forward to continuing to expand the InnerSphere with our loyal fans.”

Set in the year 3049 during the early stages of a massive interstellar war, MechWarrior Online puts you in command of the most powerful war machine to ever walk the field of battle, the mighty BattleMech™.  Command your Mech and customize it to suit your battlefield role; upgrade systems, replace weapons, and tweak armor with endless options.

If you’ve not gotten in on the Founder program, that ends officially on October 14th.   If that’s your plan, now’s the time.