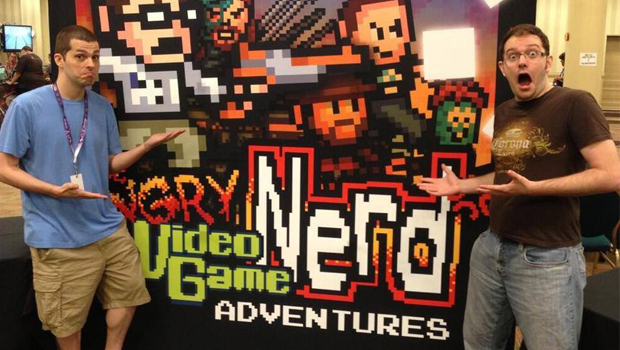 He’s the angriest gamer you’ve ever heard and now he’s the star of his very own videogame. Armed with a Nintendo Zapper, the foul-mouthed, beer-drinking, video reviewer, James Rolfe, blasts his way through 10 uniquely designed 8-bit levels based on his popular web series.

Angry Video Game Nerd Adventures has been greenlit on Steam, available for download sometime in September (Preorder here). The game’s developers at FreakZone Games say it is also slated for a future release on “MODERN Nintendo Consoles.”

I’m a bit confused by the whole premise of the game. The Nerd is known for playing the worst games in existence and then going ballistic. I guess the real questions is whether or not this game will be bad enough for him to post an angry video about it.