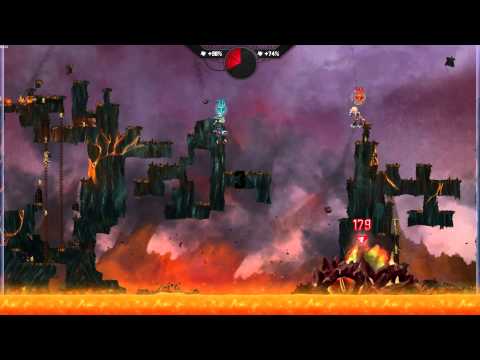 Sileni Studios has announced a new piece of content for their upcoming 2D multiplayer game, Mayan Death Robots. This new content comes in the form of a previously unannounced boss character, named Tohil, and a new combatant, Huracan.

If you are unaware, Mayan Death Robots is a Worms-esque game, with two players being positioned on a board and then proceeding to launch attacks at one another. The new player character, Huracan will be able to launch sonic pulses at his enemy. This means that if you want your strategy to be built around messing with your opponents location, he is your guy.

Tohil, on the other hand, is a fire God. As one might expect of a fire God, Tohil enjoys tossing his fiery breath around and messing up the player’s plans. You can get a long glance at these new additions in the this gameplay video.

Mayan Death Robots will be launching in 2015 for the PC, Xbox One, and PS4.