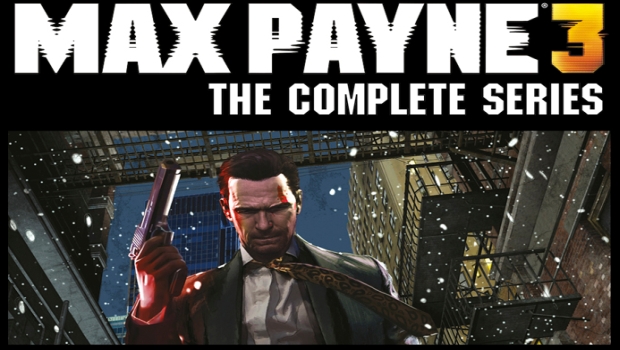 Max Payne has always held a place for me.  It was the first title to do slow motion well, and it was the first title that really did “gone off the deep end” cop drama well.  That past makes for a compelling character, and Titan Books is looking to bring that tormented world to life courtesy of a hardback print book entitled Max Payne 3: The Complete Series.  If previous efforts from Titan (Halo 4, Assassin’s Creed III, Dead Space, etc.) are any indication, this one should be fandamntastic.  Here’s what we know about the book:

Max Payne 3: The Complete Series bridges the gaps between Max Payne, Max Payne 2, and Max Payne 3. The collection delves deep into Max’s tormented past to bring his story full circle, from his troubled childhood and successes as a young police cadet, to the brutal murder of his wife and child, to the death of his partner and his dismissal from the NYPD, all the way through the events of Max Payne 3 and his journey to the streets of São Paulo.

The book will ship October 22nd and will likely see digital prints as well, given previous efforts (though that’s not confirmed at this time).  The price?  Just $9.99.   It’s hard to beat that. The author on this one is Rockstar Games VP of Creative, Dan Houser.  Why is that important?  The man has written nearly every title from Rockstar Games including the Grand Theft Auto series, Bully, Red Dead Redemption and Max Payne 3.  He’s joined by Sam lake (lead script and story writer on the first two Max Payne games, as well as Alan Wake and the upcoming title, Quantum Break) and Fernando Blanco.  Blanco is a Spanish comic book artist (Thunderbolts, Captain America, and various Marvel Zombies titles) will be handling the additional pen work to bring all three stories together into one cohesive storyline.

I’m a sucker for these art books, so expect more on this one as we approach that October 22nd release date.  In the mean time, check out the cover of the book below!