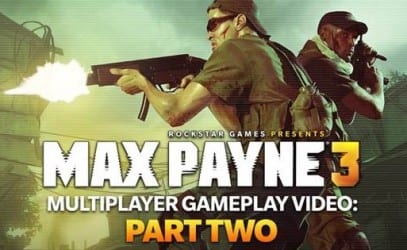 Multiplayer Gameplay Part Two focuses on Gang Wars, which uses events from the single-player game as narrative starting points for matches with a dynamically shifting storyline based on the outcomes of each round; and some of the features that allow players to form grudges and alliances, such as Vendettas and the ability to join Crews; and Max Payne 3’s range of multiplayer special abilities called Bursts, including Bullet Time.