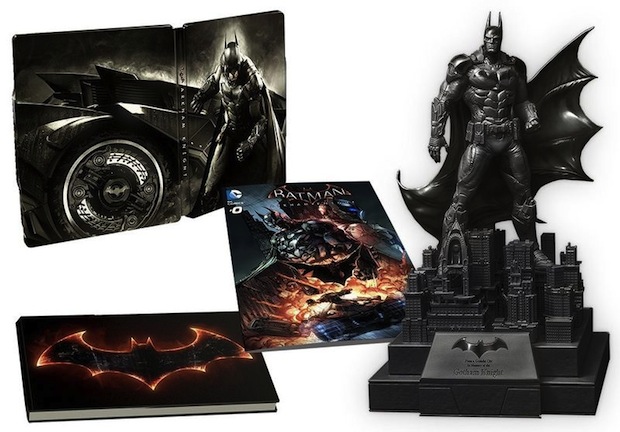 A massive spoiler for Batman: Arkham Knight may have been revealed by the game’s collector’s edition.

Amazon UK’s exclusive limited edition is now listed on the site for pre-order, and the statue of Batman that comes with the game contains a plaque that reads “From a grateful city, in memory of the Gotham Knight.”

Since then, the image of the limited edition has been altered to simply say “The Gotham Knight,” but not before the original image was saved and shared online. This does imply that Batman may be meeting his end before the credits roll on Arkham Knight, but there will likely be no word on the subject until the game is out and fans are finishing the game.

Arkham Knight is coming to PC, PlayStation 4, and Xbox One on June 2nd. For more on the last game in the Arkham series, check out our preview from last year’s E3.