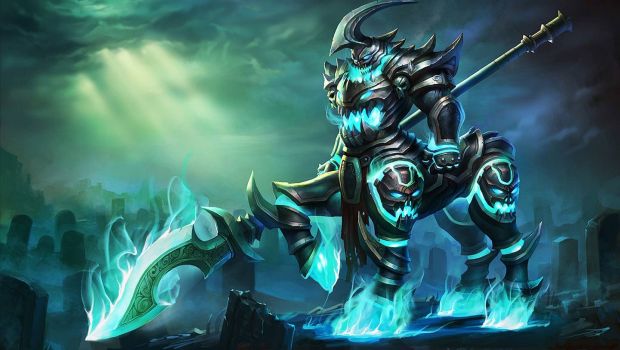 Patches often bring about a new host of bugs to fix, but it appears that the newest patch for League of Legends has introduced a catastrophic bug that allows a significant portion of the roster to recall to base with zero cast time.

The issue first came to prominence when a Riven player noted on the r/leagueoflegends subreddit that they were able to instantly recall in the middle of their combo. Recalling, in League of Legends, is a skill that all players can use which teleports them back to base after a short channel, which can be cancelled by taking damage. The player managed to recreate it and post it on YouTube, and soon players were delving through the roster of champions looking for others who could exploit this.

As it became apparent that the problem extended not only to Riven, but to many others as well, Riot Games announced that they were looking into the problem, and soon afterwards disabled ranked queues entirely.

In a Reddit post, Riot employee iniquitee said that players should “play at their own risk, as it is possible you will see players exploit this issue and be able to instantly recall to base.”

While the implications of recalling away instantly from danger are already game-breaking, some champions can use it to their distinct advantage, such as Lee Sin returning to lane almost instantly after backing and Skarner dragging enemies into the fountain, killing them with the anti-spawn-camping fountain laser.

This bug may not be a sudden issue either, as a similar exploit was found on the Public Beta Environment in April and posted on the League of Legends forums. Current speculation is that this is tied to how channeling spells is coded, as having a universal channel bar might account for why many of the champions able to abuse this exploit have short spell channels.

We’ll keep you posted as Riot Games continues to triage this issue.