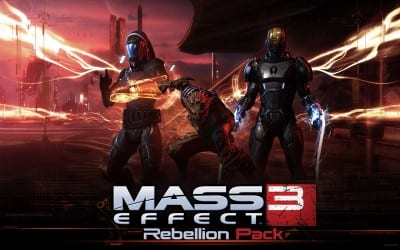 The Rebellion Pack, the new DLC for Mass Effect 3, features new content for the games multiplayer experience, including new maps and characters.