Are you keyed up to see the end of the Commander Shepard trilogy?  Yeah?  Well if you’re ready to put your money where your mouth is, Bioware and Electronic Arts have just sent out details of the retailer-specific gear they’re offering with preordered copies of Mass Effect 3 and we’ve got the full release after the jump.

Starting today, with each pre-order purchase of Mass Effect 3 at participating retailers, fans will receive the M55 Argus Assault Rifle*. Deadly at any range, the Argus boasts quick burst-fire to ensure ammo conservation and maximum accuracy on the battlefield.

Additionally, fans who pre-order at select retailers in U.S. and Canada will receive the following items:

N7 Defender Armor – Improved shields and health, players can survive even the most punishing of battles and withstand sustained enemy fire.

The N7 Defender Armor also comes with a higher ammo capacity and superior damage output, benefits that will surely make it the best armor choice available in the early game.  And best of all, unlike the hideously jarring preorder armor sets released for Mass Effect 2, it actually looks aesthetically consistent with the rest of the game’s universe.

Finally, PC players who preorder through EA’s Origin direct download service can look forward to wielding the AT-12 Raider Shotgun, a wide-firing close-range weapon with minimal reloading time.  We’ve got screenshots of the whole set below, so take a look and let us know which set of gear you’re anticipating most!

Mass Effect 3 is scheduled for simultaneous release on the 360, PS3, and PC on March 6th. 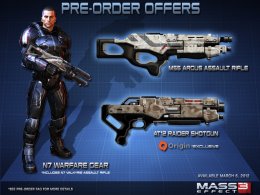 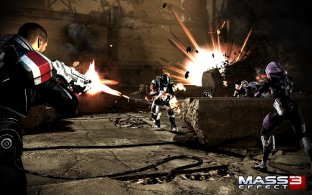 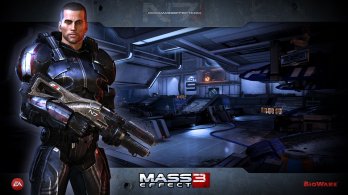 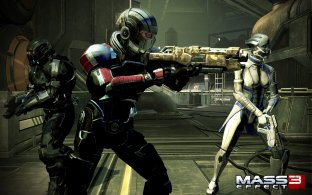