I enjoyed my second play through of Mass Effect 2 much more than the first.  Partly this is because I made the mistake of going through the first time on Normal, a difficulty setting at which the enemies might as well be swabbing at you with balls of cotton.  Mostly, however, it’s because I didn’t revisit the game until early this year, allowing me to experience a version of the story that had been so greatly expanded by DLC packs that it felt like a Director’s Cut.

If we’re fortunate, this week marks the start of an equally successful series of Mass Effect 3 campaign DLC as Leviathan swoops in for a landing.  Click ahead for full PR and pricing details!

The fight to save the galaxy continues! As unexplainable events begin to unfold, Commander Shepard and crew must travel to unexplored locations in order to piece together a shocking theory that could turn the tides of the war against the Reapers. Available for download today, Mass Effect™ 3: Leviathan is a new piece of single player DLC which expands upon the events of Mass Effect™ 3 by adding a new chapter to Shepard’s legacy, emotionally engaging characters and powerful weapons and upgrades.

Leviathan also adds two more weapons to the game: the new AT-12 Raider shotgun and the M-55 Argus assault rifle previously available only to people who preordered the game.

The DLC pack is available now on Xbox Live for 800 Microsoft Points, and through PSN and Origin for $9.99. 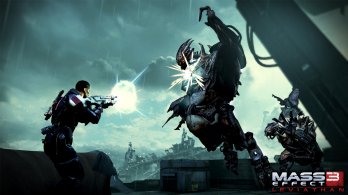 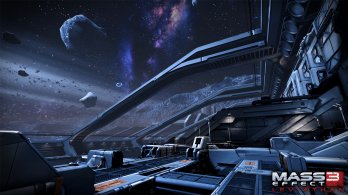 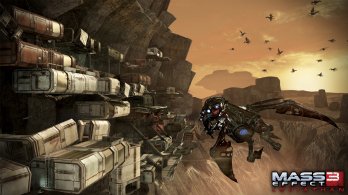