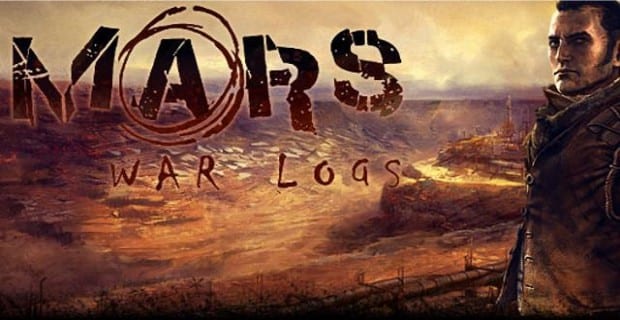 Mars: War Logs is an action RPG that publisher Focus Home Interactive has announced for release sometime in 2013. Being developed by the French studio Spiders as a digital download, the game looks to be a very ambitious 3rd person cyberpunk title that promises “a variety of quests, dynamic and tactical combat, varied skill trees, multiple-choice dialog and a complex craft system.”

The game is set in a universe where Mars has been terraformed and colonized by humans, but due to an unknown catastrophe, contact with Earth has been severed. With water supplies at critical levels, war has erupted between once-peaceful corporations desperate to control the few remaining H2O reserves. Players control Roy Temperance, a (ironically named) renegade who must fight mutants and humans alike in a war that will decide the fate of the red planet.

Spiders had this to say about the game:

“Using the same universe as our previous project, we rewrote a story, adapted to a “short” format for digital, and came up with new characters. We also re-thought the gameplay to make it solidly RPG… Mars: War Logs is therefore a “short story” in the Mars universe that offers complete and solid gameplay with high replay value.”

Mars: War Logs is headed to PSN, XBLA, and PC in 2013. Check out the debut trailer below: