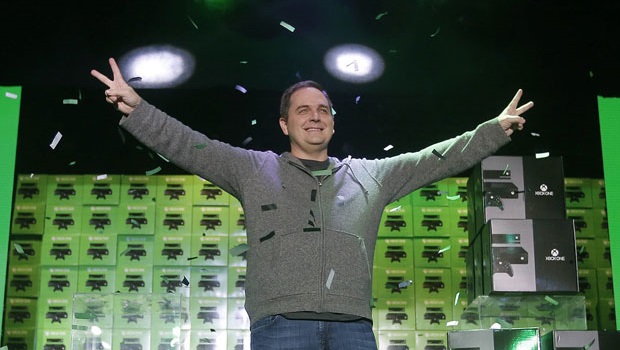 Chief Product Officer and MS veteran Marc Whitten has announced his resignation today, and he’s apparently heading to Sonos. On the cusp of the Game Developers Conference, where Microsoft is expected to unveil DirectX12 comes as a shock from a company who is vying for market share in the next-generation console market.

Directly from the post over on the official Xbox Wire:

“I have had the extreme pleasure over the last 14 years to work on the greatest product with the greatest team and for the greatest community,” said Whitten. “Xbox is so special because of the amazing team I’ve had the opportunity to work with and because our fans are the most incredible fans on the planet. It has been the highlight of my career to work on a product so loved. It’s incredibly tough to leave but I am confident the best days are ahead for Xbox fans, in the capable hands of a very talented team.”

Phil Spencer, Head of Microsoft Studios, said “I’ve had the pleasure of working with Marc for more than a decade and he has always led Xbox forward with a focus on our fans and delivering a platform that developers and creators can embrace to deliver incredible games and entertainment. We wish Marc well, while looking forward to the next chapter of Xbox.”

Marc’s team will be reporting to Terry Myerson, executive VP of the software building teams responsible for Windows, Windows Phone and Xbox until a replacement can be found.

This has certainly been an active year for turn-over. From Steve Ballmer stepping down as Microsoft CEO and Satya Nadella taking up the reigns to the unexpected resignation of Jack Tretton as CEO of Sony Computer Entertainment of America (SCEA), it’s been an interesting time. Time will tell if  Microsoft’s focus on the Xbox brand will be affected by this.