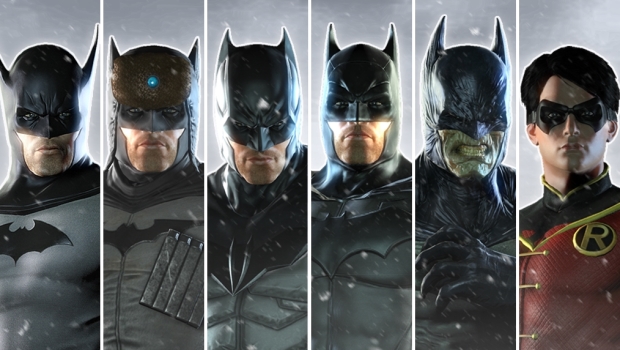 Warner Bros Interactive let us know that by the end of today the Millenium Skins Pack for Batman: Arkham Origins will have gone live and be available for download across the varied platforms. You can expect to pay $4.99 on Xbox Live, Playstation Network(available later tonight) and Steam, and $3.99 at the Nintendo eShop. Of course, if you’ve purchased the Season Pass and you’re online, ou should already have instant access.

What does the pack include? Well, six bonus skins from a variety of the Dark Knights iterations. They can be used in challenges maps, single player campaign after completing the main story once, and in multiplayer for people who’ve gotten to at least level two. The list of skins are as follows:

There is a disclaimer you should be aware of : certain skins in the New Millennium Skins Pack are unlockable in-game and through playing the Batman: Arkham Origins mobile game.

If you’re interested in reading a review of the game, you can check out our own David Roberts’ take on the 360 version.