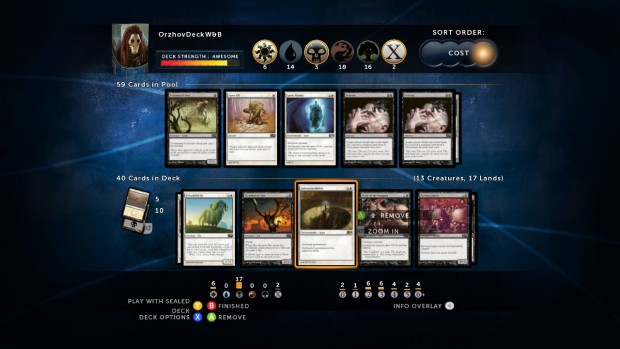 While Magic is a great game to play in person, the recent electronic implementations of the game have made virtual card throwing as close to the real thing as possible.  Every year Wizards of the Coast brings an update to the Duels of the Planeswalkers, and this year is no different.  The new features coming this year should be exciting to those who play competitively: Slivers and sealed deck play.

The addition of Sealed Play will allow players to open booster packs and build decks to play against the AI and other players. Each sealed pool is comprised of 84 cards, mimicking paper TCG booster packs. The PvE experience includes a six-deck ladder where players take on mono-colored Sealed decks each corresponding with a particular Planeswalker, and finally facing a ‘boss’ Sealed deck.

Another feature debuting in Magic 2014 is a new take on the popular Slivers creature type.

Take a look below at the screenshots.  You’ll be able to play this game on just about any platform when it is released later this year on Android, iOS, XBLA, PSN, and PC.