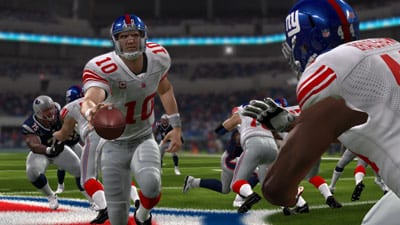 The Super Bowl will be played this Sunday with the New York Giants and the New England Patriots facing off against each other.  Madden NFL 12 has made predictions for the winner for the past several years, and according to EA it has predicted that the Giants will be the victors again over this rematch of Super Bowl XLII.

For those who will be rooting for the Patriots, remember that Madden was wrong for Super Bowl XLII and XLV.  You can find out how Madden thinks the Super Bowl will go in the Press Release below.