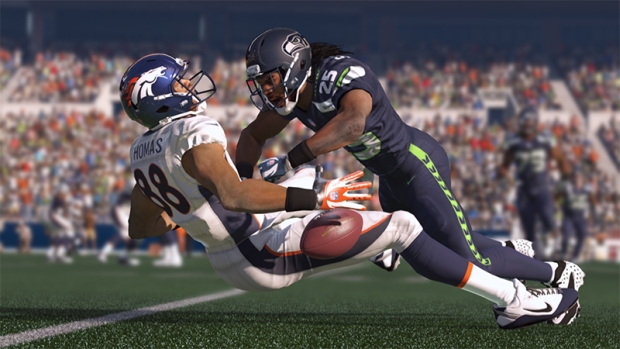 New defensive features and mechanics allow fans to transform into their rival’s worst nightmare, with an arsenal of new pass rush moves, new open-field tackling mechanics, two new defensive cameras and much more. For the first time ever you can see exactly when the ball-carrier is in your range, and opt for either a conservative tackle or try for a high-risk, high-reward aggressive tackle. Also, new mechanics to jump the snap, get blockers off-balance and disrupt the backfield make it more fun than ever to play as a defensive lineman or blitzing linebacker.

This was shown off a bit in a video that showed a camera angle placed behind a defensive lineman as a literal cone focused in the path ahead of him. You then perform your own kind of move to get around the opposing lineman and try to get at the player with the ball.