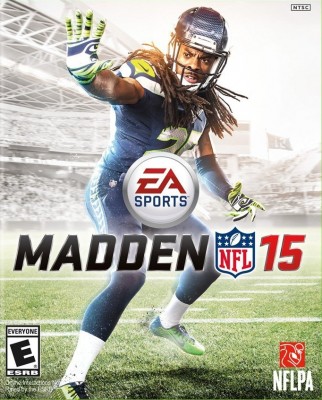 While it has not been formally unveiled by EA Sports, we are beginning to see a repeated image surfacing that looks to be the box art for Madden NFL 15.

The art features the Seahawks’ Richard Sherman, who topped the likes of Cam Newton and Aaron Rodgers in EA’s annual tournament for who will be the star on the front of Madden.

Above is the “rumored” box art. There are two outlets surfacing this box art, Amazon and Gamestop. Madden NFL 15 will launch on August 26th for the Xbox 360, PS3, PS4, and Xbox One.